Serving the communities of Little and Great Kingshill

Thanks to all who supported our Charity Christmas Tree Collection on the 4th January.  The total amount raised was around £3300.  All funds raised will be split between Kakunyu School, Uganda, and supporting funding for a Sensory Unit at the Highfield Unit, Warneford Hospital, Oxford.

Thankyou for your support

For more information on these charities see the following links:

The Overseas Mission Group would like to say a HUGE HUGE thank you to everybody who supported the recent performance of ‘Hear No Evil’ in any way, whether it was through performing, catering, coming to see the play, compering, baking cakes, providing raffle prizes.. we could go on!

The latest numbers show that we have raised over £2,200 for our chosen causes – Deen Mitra School in Nepal and the Indian Village Farm. This money, which we will split equally will provide valuable support to both and will be much appreciated.

Thanks to all who supported our Charity Christmas Tree Collection on the 5th January.  The total amount raised was around £2500.  All funds raised will go towards Deen Mitra School in Nepal, Wycombe Rufugee Partnership and Wycombe MIND.

Thank you for your support

For more information on these charities see the following links:

To everyone in the church and community who contributed towards the recent collection for Samara’s Aid. In October, we took five cars packed tightly with bags of winter clothes, footwear and bedding to the local collection point from where they started their long journey to the Middle East.

Syria no longer features regularly on our front pages and screens, but the civil war is now entering its eighth year. The United Nations has identified over 13 million Syrians requiring humanitarian assistance, 6 million internally displaced within Syria and  the rest living as refugees mainly in surrounding countries.

On 15th October 2014 the first lorry load of clothes provided by Samara’s Aid left for Syria. Since then the charity has sent out over 100 lorries!

Thanks to all who helped out in any way to make the Art of Cycling weekend a great success.

Congratulations to the winners of the bike wheels competition.  These were:

And we managed to cycle 1208 miles from Little Kingshill to John O’Groats and back as far as Manchester.  Well done to the winner from Prestwood who guessed 1210 miles.

Over the weekend we raised £900 which will be donated to Butterfly House, South Bucks Community Hospice.

Thanks to all who supported our produce & plant sale on Sunday 20th May in aid of the Charity Send a Cow.  Just under £900 was raised for the cause - a record amount. Thank you to everyone. 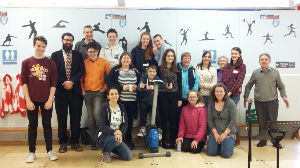 What a team! Treehouse 2018 took teamwork as its theme and that was very much the case as this great bunch of folk came together to make it all possible. Although children numbers were down on previous years, there was no doubting everyone’s enthusiasm and the usual levels of fun and energy were unmistakably present! Treehouse’s characteristic mix of songs, craft, drama, games and silliness was there in strength, while the responses of the children who came made the three days all worthwhile. A massive ‘thank you’ to anyone who had a part to play in the event.

Thank you to all who supported the “Paws for Coffee” Morning in aid of the Hearing Dogs for the Deaf.  We raised £280 for the charity. 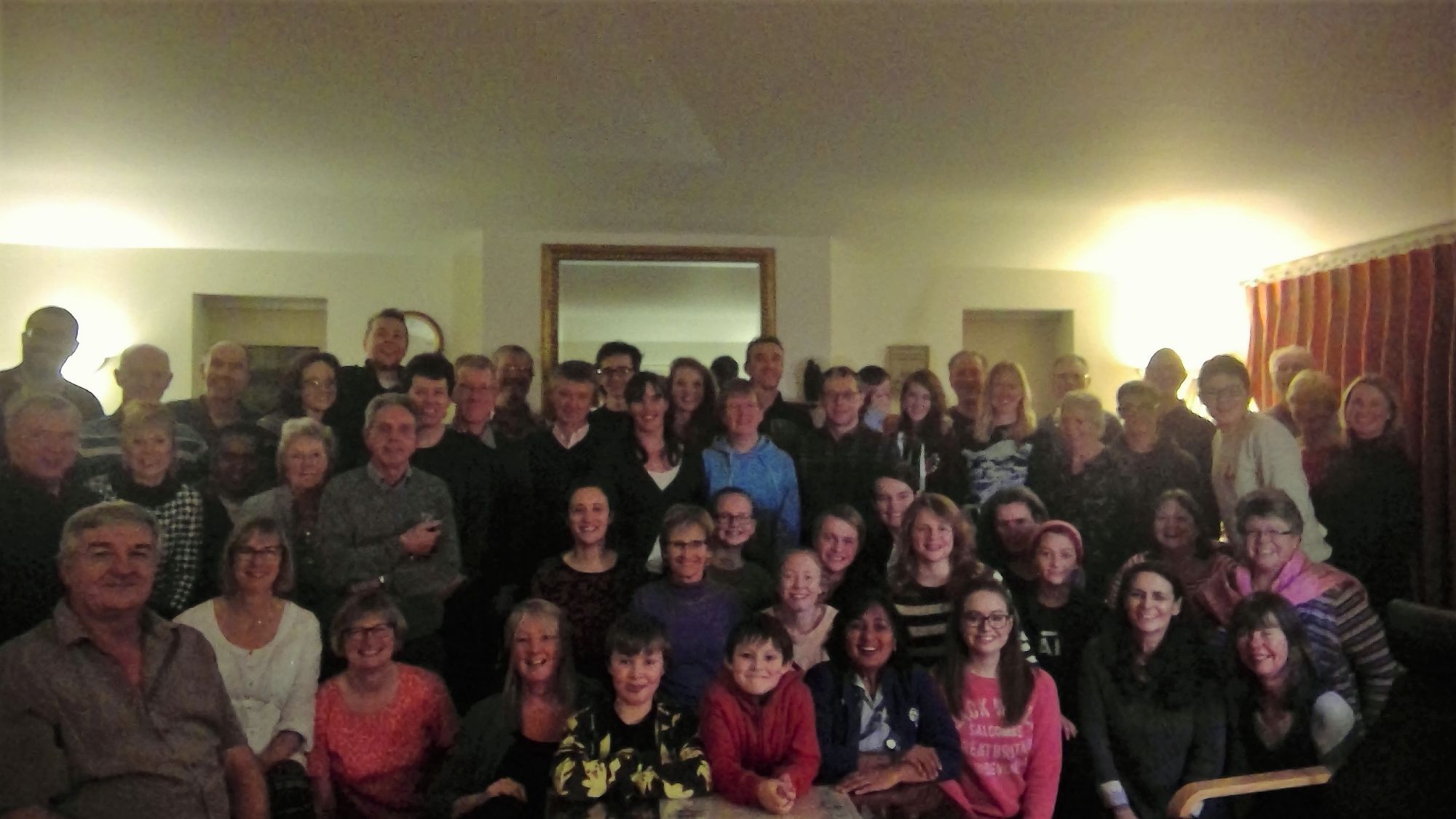 Volunteers from Kingshill Baptist Church were delighted to raise over £3000 through their annual Christmas tree collection, a mighty sum that will be appreciated by the charities they are supporting. Five teams pulled trailers throughout both Kingshill villages and Prestwood and took away resident’s trees in return for donations towards Kakunya School, Uganda and the national charity Child Bereavement UK. Several tons of fir trees were amassed for delivery for recycling over a furious five hour period, with the event helpfully coinciding with the twelfth day of Christmas. Minister Rev. Martin Hatfield was impressed by the collective energy, organisation and community spirit behind the whole venture. This was the eleventh year that the church has organised this event, with the number of households and charitable giving growing steadily during this time. 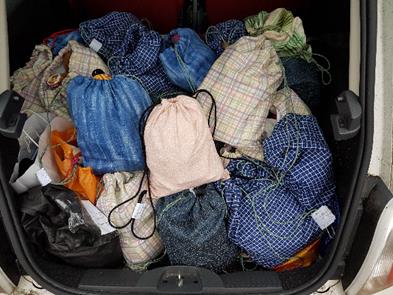 A big THANK YOU to everyone who helped to make or fill a Smiley Bag at Christmas. Between us we filled 23 bags which have now started their long journey to a refugee camp in the Middle East.

A message from ST Andrews Church. "A huge THANK YOU to all those who contributed in any way to the recent collection for Syrian refugees. Thank you to all who brought clothing, bedding, Smiley bags, Dignity bags, baby boxes, and medical aid, to those faithful packers who sorted, carried boxes and labelled goods, and also to those who have contributed to transport costs. We have over £500. Thank you also to Sue who accidentally donated her shoes!!!! Yes folks, you have to watch where you put your own stuff!
We packed over 200 boxes of Aid at St. Andrews and Brian Donnelly and his group did 300 boxes in Rickmansworth, a really terrific effort. Thank you too to Gary Grant who allowed us to use his warehouse where the container was loaded this week. The goods are now on their way.
WELL DONE everyone."  Judith